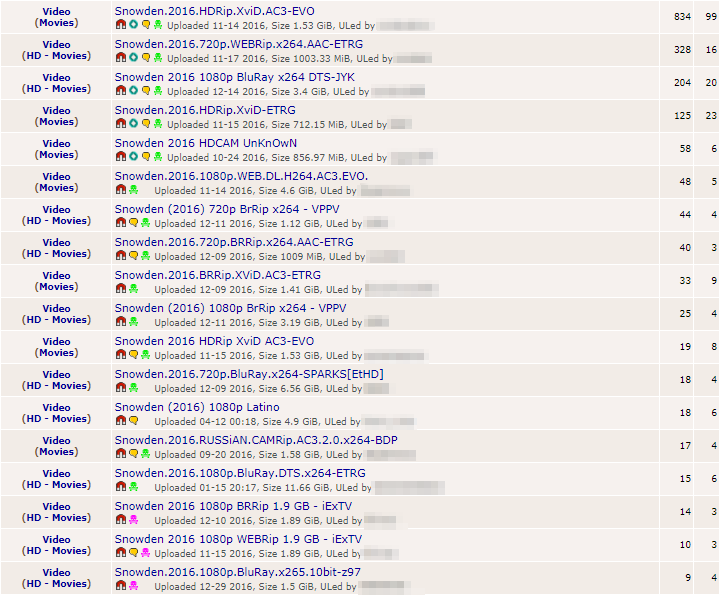 There are many abbreviations, acronyms, and terminologies being used in the Torrent world. Here are some and what it means.

Bittorrent is a type of peer-to-peer network. It is not “evil” as some groups are trying to paint it to be. Even in films, there are those that actually encourage the piracy of their material or more exactly, the sharing of their production via torrent. Mainly to show that this piece of technology is neutral.

As someone who downloads materials via the bittorrent network, we have all seen those acronyms or lingo used in this space. Here are some terminologies and acronyms you will find and probably have encountered already when searching for a new torrent show to download.

Most of these are self-explanatory.

Note that a “BDrip” and “BRrip” are usually interchanged in releases without subtitles. It is not easy to detect if it was a direct rip or a re-rip of a BDrip. However, when a release includes an embedded subtitle then it is no doubt a BRrip. Meaning, the source was from a BDrip file re-encoded with the subtitles. Unless the source material also have subtitles and it was digitised together with the material, then it still will fall as a BDrip.

“BDrip” and “BRrip” are the best rips you can find online, provided the encoder used the best combination of codecs and settings. Otherwise, a Blu-ray Disc rip can and may turn out bad or have artifacts.