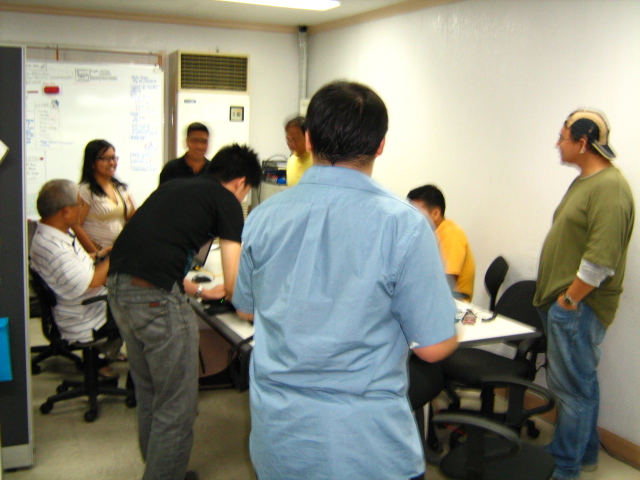 The official Philippine LoCo Ubuntu 9.04 Release Party was a fun and huge success. The highlight of the event was getting to know fellow Ubuntu Linux users

Today was the Ubuntu 9.04 Jaunty Jackalope Release Party for the Philippine Local Community (LoCo).  The Filipino Linux and Ubuntu enthusiasts gathered together for three hours and discussed different topics about Ubuntu and Linux!

It was fun and a memorable one for me since this was my first Ubuntu Release Party.  I met interesting people, from KDE lovers (I’m a GNOME, yes, a Gnome! :p ) to programmers (developing Ruby-on-Rails applications using Ubuntu not Mac) to writers (we might show up in a major publication, watch out for it).

Of course, the plans for the Philippine LoCo team were also discussed, including the changes in the translation from “Tagalog” to “Filipino” (which is the appropriate one in my opinion).  Not to mention h ow much we all hate Microsoft® Windows… okay, just kidding.

Anyway, the next LoCo Release Party will be six months from now, when Ubuntu 9.10 goes live.  By then, to all those who weren’t able to join us (especially those who are using Plurk, I’ve been inviting over and over again), please do come next time.

Finally, you are invited to join us in the official forums and online chat irc.libera.chat:6697 #ubuntu-ph. With that said, good night everyone.

I forgot to mention the two huge pizzas dubbed 64-bit (64 slices) and “Laser Disc” (it’s actually bigger than that).

Thanks to Johann Tagle for sponsoring the event.  And thanks to Mr. Chin Wong for the media coverage.  A big thanks goes to Dax Solomon Umaming as well for taking the mantle to keep the Philippine LoCo going, of course to all who joined and I met today, thank you.