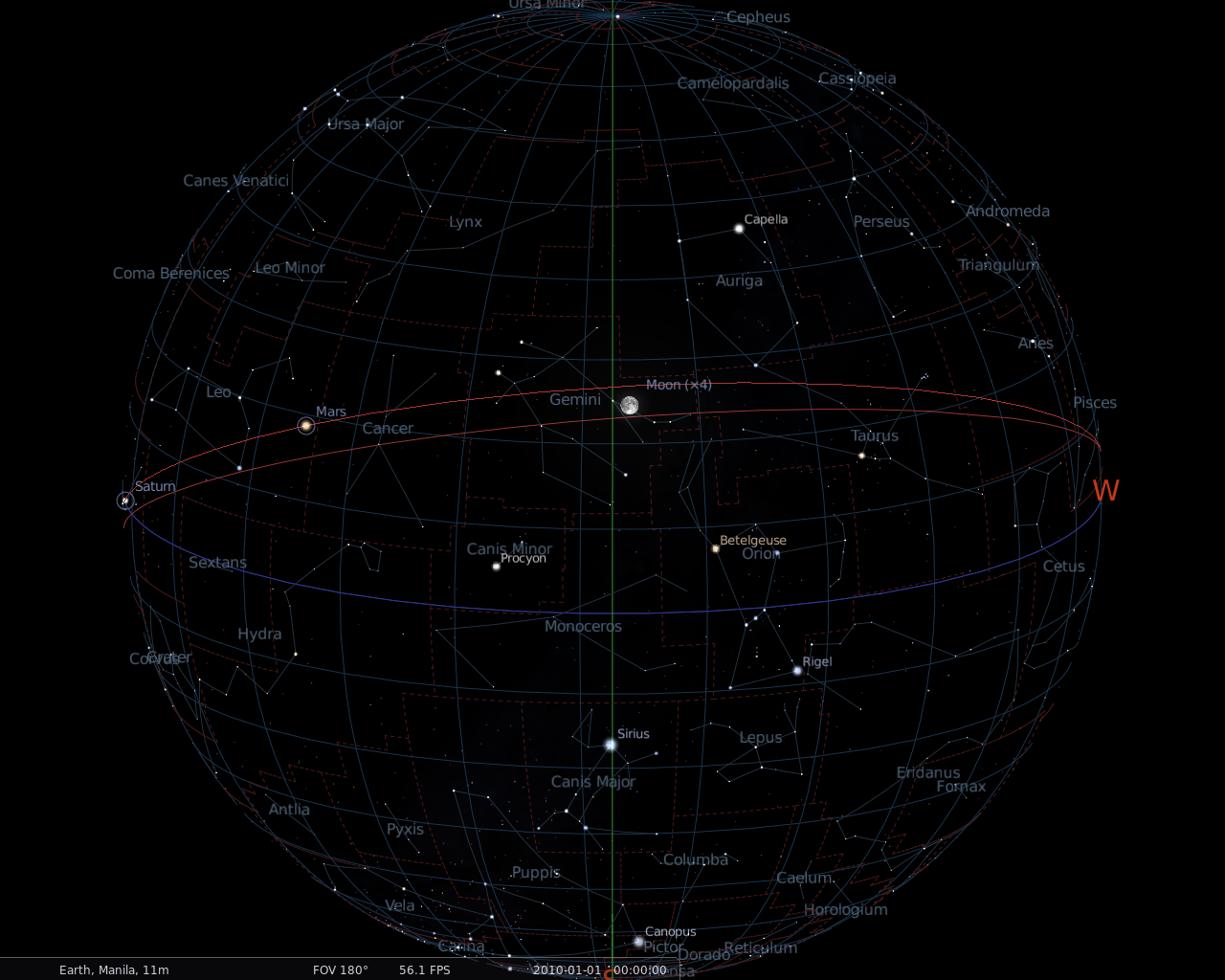 An hour and thirteen minutes after Aseans and China welcomes the New Year 2010, we will be treated with a rare New Year's Day Blue Moon. No, Earth's Moon w…

An hour and thirteen minutes after Aseans and China welcomes the New Year 2010, we will be treated with a rare New Year’s Day Blue Moon. No, Earth’s Moon will not turn color Blue, it has nothing to do with color (if it turns color Blue, then it is because of Earth’s atmosphere at that time). What “Blue Moon” means is that it is the second Full Moon in a single month.

Every year, we only get 12 Full Moons. But since the Gregorian Calendar (a Solar calendar; ie based on the sun) and the Lunar Calendar (based on the Moon) are of different lengths, every 2.7154 years we get a 13th Full Moon. This extra Full Moon is called a “Blue Moon”, now you know where the idiom “once in a blue moon” came from ;)

Here is how the sky will look like in Manila, Philippines by then:

Click to enlarge (will open in a new window/tab).

So to my fellow Aseans (meaning Filipinos, Singaporeans, Malaysians, VietNamese, Laotians, Khmerians, Burmese, Indonesians, Bruneians, Thailanders), it looks like 2010 will be a great year for us. At least that’s how I want to interpret this January 1st Blue Moon ;)

Bonus, this is how sky will look like when New Year’s Day strikes.

Happy New Year to everyone!!