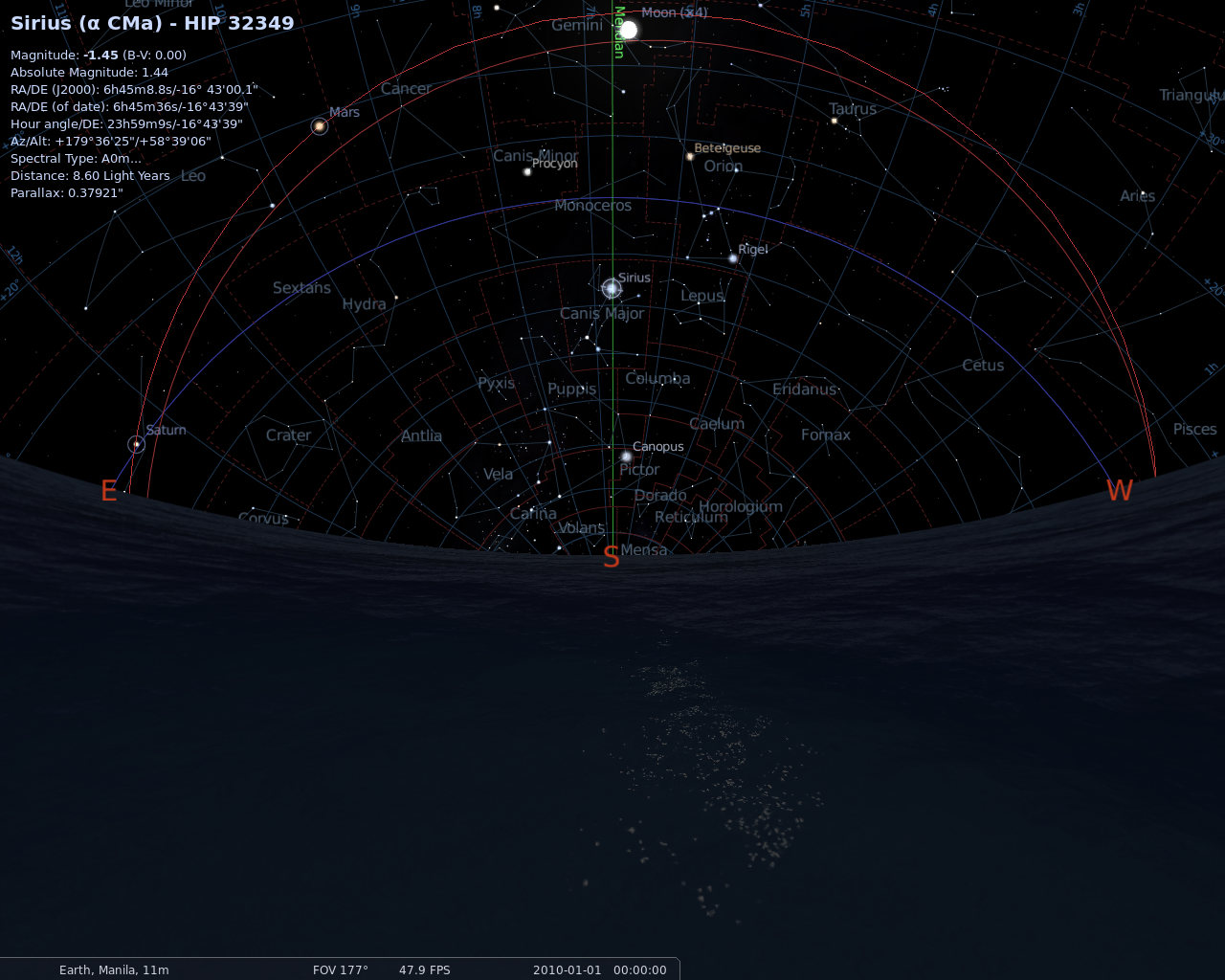 Planet Mars will shine as beautiful, rare ruby gem tonight. Here's a simple guide on how you can spot it and have the best Mars experience on Earth…

Last night between 9:30 and 10:00 in the evening, we were staring at the starry skies in front of SM Mall of Asia while reminiscing the things that happened this year 2009 and the 2000 decade. During our conversation, I noticed a big and bright red star at first I thought that it was some red light from a communication tower or antennæ.

Inspecting closer (my eyes have zooming capabilities :p ) I noticed that it wasn’t what I thought it was and it wasn’t twinkling either. I got excited because I knew then that I was looking at humanity’s dream - Planet Mars!

And it is my personal dream as well to see Planet Mars this big and bright, in my lifetime of course. If you still remember your Astronomy lessons, Planet Earth and Planet Mars have an oblong or elliptical orbit. Secondly, Mars orbit is more elongated than our own planet.

The closest ever that Earth and Mars met was back in August of 2003 which hasn’t occurred for nearly 60,000 years! Unfortunately, it wasn’t as beautiful like yesterday, and will be tonight.

Aodhan has this to say, “This is the best ever I’ve seen of it. It’s a ruby!” This was after I micro-blogged about Mars last night, he added, “Seen it maybe over 5 of its showings, this one is downright awesome.” (read: Plurk Thread)

I agree, Planet Mars is a beautiful ruby gem in the night sky today and you shouldn’t missed it at all! So without further ado here are the details you need to know.

According to Stellarium, Mars tonight will reach -0.53 magnitude. To give you an idea how bright it is, the brightest star in Earth’s night sky - Sirius (part of the constellation Canis Major) will be at magnitude -1.45 tonight. So yes, Mars will be that bright you really can not miss it!

How to spot Planet Mars:

That is Planet Mars, the Planet that has fascinated humanity for æons and filled our dreams with establishing a human civilization on the red planet (or nightmares of an unfriendly Martian race). Planet Mars that many ancients attributed as an omen of an upcoming war, whose name itself came from the god of war “Mars”.

Here are some screenshots I took from the Astronomy Free/Libre Open-Source Software Stellarium. Note: These screenshots assume that you are facing South which puts East to your left (where you will find Mars).

Click to enlarge (will open in a new window/tab).

The next one is Sirius “the Dog Star”, the brightest star in the night sky.