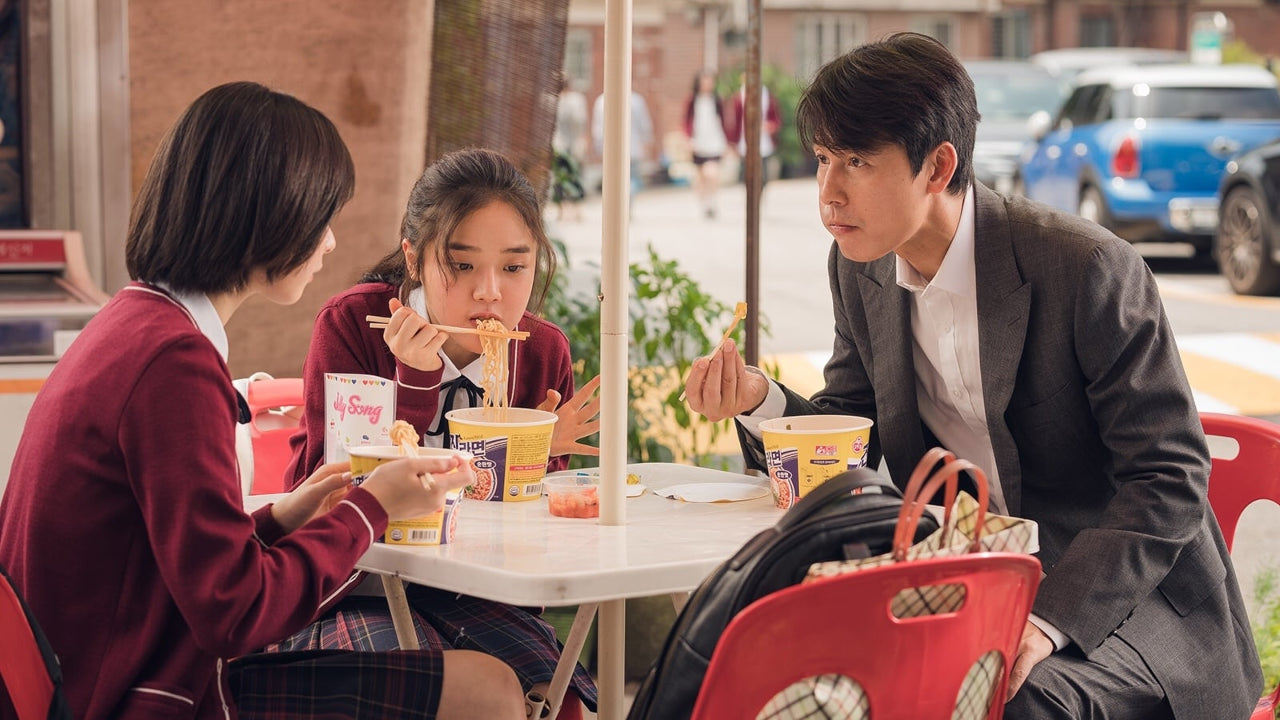 It is rare to see a movie or a TV series with a proper portrayal of autism. More often than not an autistic character exist in a story because an autistic trait or quirk is used as a plot device, the autistic character was simply a tool to advance a story. Innocent Witness (증인) is different. It introduces the audience to the world of autistics and exposes the discrimination and prejudices of society, most especially from adults who considers themselves normal and supposedly know better.

Im Ji Woo (임지우) (played by Kim Hyang Gi (김향기)) is an autistic middle school (Grades 7-9) girl. One night after her school, she witnessed a crime across the street from her room.

Yang Soon Ho (양순호) (played by Jung Woo Sung (정우성)) was assigned to defend a murder suspect. All evidence points against his client and he believes her story that she is innocent. The only way to win the case was to discredit the sole witness.

Can defense attorney Yang Soon Ho (양순호) prove the innocence of his client by discrediting an autistic teenage girl? Or, is Im Ji Woo (임지우) telling the truth and knows far more than what the prosecution camp was able to gather?

Approaching this movie as a story about crime and mystery would be a disappointment as it has a straightforward plot. That said, it is clear this movie is not about solving the mystery behind the crime rather about the relationship between a defense attorney and an autistic teenage girl who witnessed a crime.

It is a look into autism and how autistic credibility in courts are often challenged because of the many discrimination and prejudice about autism and autistic people. Having a correct mindset will unlock the profound message Innocent Witness (증인) has to offer.

Kim Hyang Gi (김향기) started as a Korean child actress. She has appeared in numerous films (s. 2006) and TV series (s. 2007), this experience no doubt helped her portray an autistic teenage girl. While the particular autistic traits and quirks she had to act were fewer than in real life, she was able to bring it to the big screen without any awkwardness or mistakes. The emotional struggles, the challenge in communication, sensory overload, and autistic meltdown, she portrayed it all perfectly.

Veteran actor Jung Woo Sung (정우성) did well as an attorney who had no knowledge of autism, who later saw the beauty and talents of an autistic person. He was able to portray a neurotypical person, and a lawyer at that, who will use a person’s condition to discredit their testinomy and win a case, to a neurotypical person who found the error of their ways and chose to take the path to the light. He was able to show that we are all humans, we make mistakes, we have prejudices, and all it takes is opening our eyes and making the effort to reach out and communicate.

The production was good. They showed the room of our autistic teenage girl witness, nothing stereotypical, pretty much ordinary but at the same time have the support she needed. I love how the support she need, a little house/tent was shown, something I can relate well. But what I love the most were the scenes of the world through the eyes of our autistic girl character. Well done on this one even though it was just for a minute or so.

Autistic masking: Pretending to be normal

As a neurotypical (non-autistic), can you imagine yourself living this way your entire life?

This is true. We do pay attention and we remember. However, it does not mean we all have photographic memories or that we will be able to respond … at all. If an autistic is focused intently on something, there is a higher chance external inputs will never get processed. For example, in my case, I would hear it but I won’t be able to process it if I am hyper focused on whatever I am doing at that moment; the chance of me responding gets slimmer as time ticks by.

This is a misunderstanding based on old studies. Autistics can lie, it is just that we hate lies and avoid it at all costs. Masking ourselves is a form of a lie neurotypicals call a white lie. We do not have a choice in it because if we do not mask, we are discriminated, looked down upon, and we hear whispers and judgements from neurotypicals. We will also lie if it means protecting the people we love. We hate it. We will struggle with it. It will drain us. It can also lead to a meltdown for some autistics.

Innocent Witness (증인) is a story of a young autistic teenage girl who wants to live like everybody else and have dreams like anybody else. An autistic girl who fights for what is right and the truth despite the ridicules and judgement she may receive from people who call themselves normal.

The good production, excellent performances from the actors, a well-written script, and good portrayal of an autistic person, makes this a good introduction to what autism is and who autistic people are. While it does not mean all autistics are like Im Ji Woo (임지우) it still gives an insight to what autistics face on a daily basis and how challenging–and degrading it is when neurotypicals (non-autistics) dismiss and judge us.

All things considered, it deserves a perfect ten (10) from me, YourOnly.One.