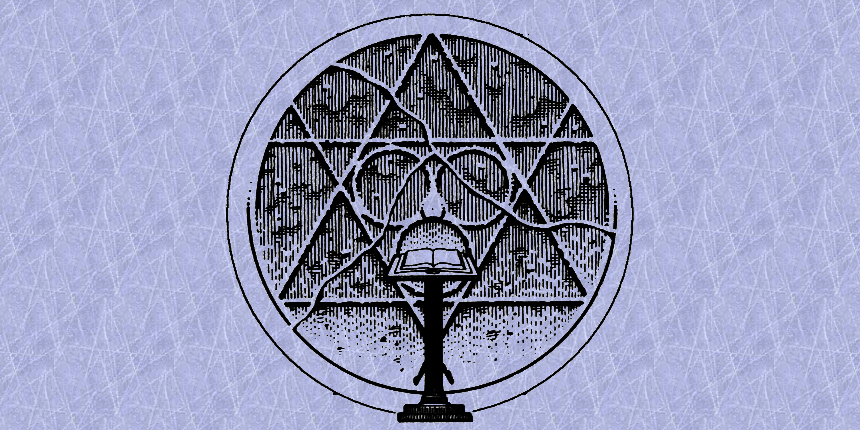 Ultima VI: The False Prophet introduced a new set of principles and virtues the avatar (the player) has to embody, it is called the Axiom of Singularity. What made this very interesting is that it can be applied in guild management.

I have been thinking for a long time how to present my experiences in running a successful guild. There are two popular guides from two highly respected guild leaders/founders: Brimstone’s Guide (founder and leader of the Lost Order of Akalabeth) and Faust’s On Guild Management.

I can write another guide but it will only become a parallel of the other two. I want something that will be remembered and enjoyed by guild leaders and members for its different style. I looked back into my RPG years, I searched my archives of gaming manuals, and found the Axiom of Singularity from the highly acclaimed game of Richard Garriott, Ultima VI: The False Prophet.

Our guild, the Holy Order of the Light, was established with a clear path of where we are headed and where we want our guild to be, and that is to be a guild that promotes responsible gaming, camaraderie, fellowship, and family-ness. This is the direction we took which set the Holy Order apart. Our decisions were based on the direction we want to take, not the other way around.

Ask yourself, do you want your guild to be an end-game raiding guild? Or, perhaps a place where close friends can have fun together? Or, maybe a guild where relatives separated by hundreds and thousands of kilometers and the seven continents can chat and enjoy each other’s company? Or, a guild destined to conquer the battlefields?

Now that you have direction, a clear vision of where your guild will be and its purpose, you now need to know the second virtue: Feeling. Remember that you are going to lead a group of human beings, people who are like you. They have feelings, they can be hurt, they can be angry, they are also looking for fun and enjoyment like you.

With that in mind, you must prepare yourself to feel the sentiments of your members. What do they want? What do they expect? What do they think of your leadership? Of the guild? Of the vision and direction? Are they happy as a member of the guild? Maybe they have a suggetion or want to speak out about something but are afraid to do so? Maybe your rules are too strict or they feel shackled with the way the officers run the guild?

Feel them. As human beings we can communicate at a different level. We all experienced at least once how we immediately understood a perosn is going through problems without any verbal communication, you felt it. This is the same with running a guild, the virtue of: Feeling.

Straight to the point: be persistent in every thing that you do, most especially when it comes to decision-making. Do not give up easily and do not change your decisions (and plans) one moment and another. Your guild will not reach its goals if you do not have persistence. If you and the officers are constantly changing plans, you will not achieve your guild’s vision.

No matter what road your guild take, there will always be stumbling blocks. These are not signs that you will fail or you should give up, these are obstacles which will make you and your members become stronger and closely-knit than before. If you fall, get up. Fall again, get up again. Stand and fight!

All the people and organisations around the world were successful because they persisted. At the end of that road is your great reward. Persistence precedes rewards. Remember that.

The fourth virtue is: Balance. As you walk that path, as you lead your members, as you solve problems along the way, do not forget to put balance in every decision and areas of your guild. Yes, you may have a clear direction already, you already know the feelings of your members, and the guild is more persistent than ever, but that guild you are steering is like a boat. If you lose balance your boat will sink together with all your members. Here are a few suggestions where best to keep balance:

Balance does not mean a strict 50-50 division. It is about keeping the right amount or requirements.

Now, now … you can not have a guild without achievements! The fifth virtue which will help your guild to be successful: a guild of achievers and achievements. An achievement can be anything. A good example is being able to keep a low-to-zero member turnovers. Recognize and award members who go the extra effort in helping new members.

These things, while small and probably insignificant in the grand scheme of things, are more influential to the members and encourages engagement. Announce it to your guild and let other members get inspired. Achievements will put your guild further apart from the rest. Who would not stay or join a guild where members are recognized for their contributions, as little it may be?

When you aim, be precise. This may be in your internal affairs like rules and regulations. Avoid generalizing, always be specific and clear.

If there are tasks members are expected to do, lay down the details. Your guild is not a country where broad laws are left open for everyone’s interpretation and if there are disputes we go to a court for clarification. Communicate clearly and they will support the you and the guild. This is what precision is.

Always keep order within your guild. Never ever give chaos a chance as it will wreak havoc and create divisions within your ranks. I let this happened once and the Holy Order of the Light almost disintegrated. Do not make the same mistakes I did.

Your guild administration should also have order most especially in role delegations. Prepare a concise list of pages where the inner workings of your guild are explained in detail. Your officers and members need to know how your system works, how they can be promoted, how to submit proposals for new events, how disputes are managed and processed, and what do they have to do when new members are recruited and accepted.

Do not do what many other guilds are doing, “the first ten members to join will become an officer”. Guilds who started this way rarely survive. It works, yes, though sooner or later the administration will fail.

Here is another suggestion, often ignored: roster of members. Do not wait until your guild is big before you keep a list of members. In games where guild infiltration is part of the mechanics, you will end up having spies in your midst. Or, you might end up with someone whose objective is to create division and already notorious about it in the gaming communities.

Have order in every area of your guild and your guild will widely known.

The eight virtue is singularity. Do not forget to treat each and every member as a person. They are not robots. They are not your slaves. You, your officers, and the members of you guild has to be singular. Singular in mindset. Singular in direction. Singular as an organization. You are one body.

Do they have skills in management? Give them that position. Are they good in communication? Let them be your guild’s face to the public. Do they possess a talent in negotiations, they fit best in your diplomacy committee, or as a person to strike deals for community services and possibly guild discounts.

The Axiom of Singularity

Together the three principles and eight virtues form the Axiom of Singularity. You are the guild and they are the guild. You and your members are one. Each of you are individuals and together as collective. You each have a role to keep your organization breathing and to go where no other guild has gone before (to borrow Star Trek).

Your guild is a community

Last but definitely not the least, you are a community. The Holy Order of the Light is the same. It too continues forever, with all members (and virtues) equal parts of the unified whole.

This article has been syndicated to: mastodon.social, twitter.com, www.facebook.com